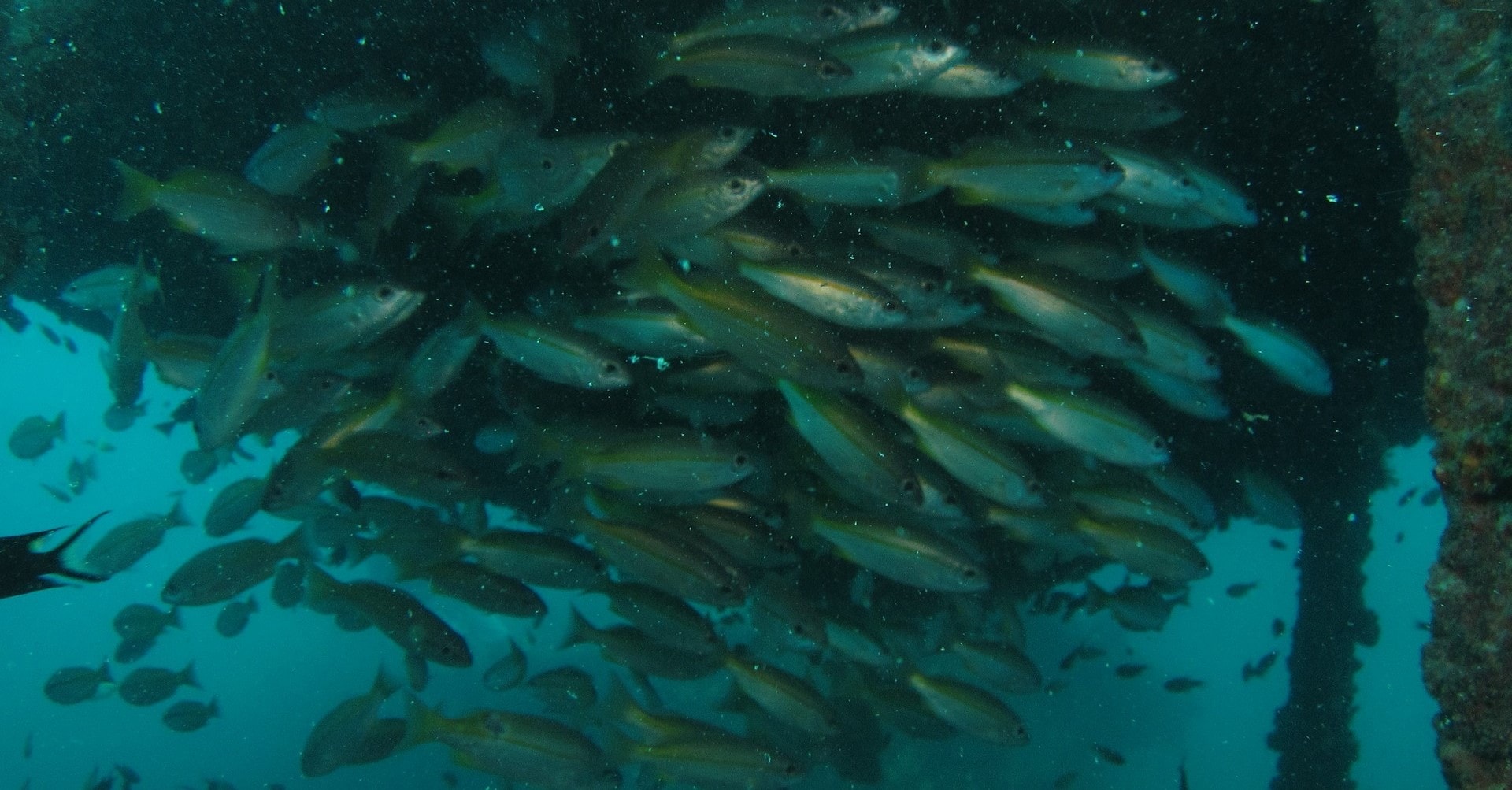 The King Cruiser wreck is Phuket’s best wreck dive. It’s located about 90 minutes easy of Phuket on the route to Phi Phi. It’s close to Shark Point and Anemone Reef and is normally dived as part of a 3 dive day trip. Dive boats also come from Phi Phi and Krabi to dive the King Cruiser.

Between 1990 and 1997 it ran the same route every day then in May 1997 it too a slight detour and ran over the top of Anemone Reef. As it began to sink all passengers were rescued by nearby dive boats and fishing boats. It came to rest in 32 metres of water, sitting upright on it’s twin hulls.  Ever since it’s been a popular Phuket dive site.

Over the years the steel hulls have broken up and the decks have caved it. What was an intact wreck with lots of easy access points is now a more confused jumble of metal. The shallowest part used to be at about 13 metres but now is at 20 metres. King Cruiser is also subject to strong currents and often poor visibility. So it’s a dive for more experienced divers, definitely not for beginners. Divers need to be aware of their air consumption and deco time, this is a good dive for nitrox. Sharp objects and fishing nets strewn over the wreck are also a hazard.

The reward for diving the King Cruiser is the incredible amount of fish life that’s made it’s home here. It is completely covered in schools of fish, sometimes so many that if you look upwards the surface is completely obscured. These schools of fish, mostly snapper and fusiliers, are hunted constantly by jacks and trevallies that make darting forays into the shoals.

Steel piping is home to moray eels, lionfish are everywhere. Also look for octopus hiding on deck. Scorpionfish almost perfectly camouflage with the encrusted structure, be very careful where you put your hands. Spiny sea urchins are also there to catch out divers with suspect buoyancy skills.

Although shark sightings are not the norm at King Cruiser it is possible to see Bamboo sharks or Leopard sharks in the sand. Whale sharks make the occasional visit.