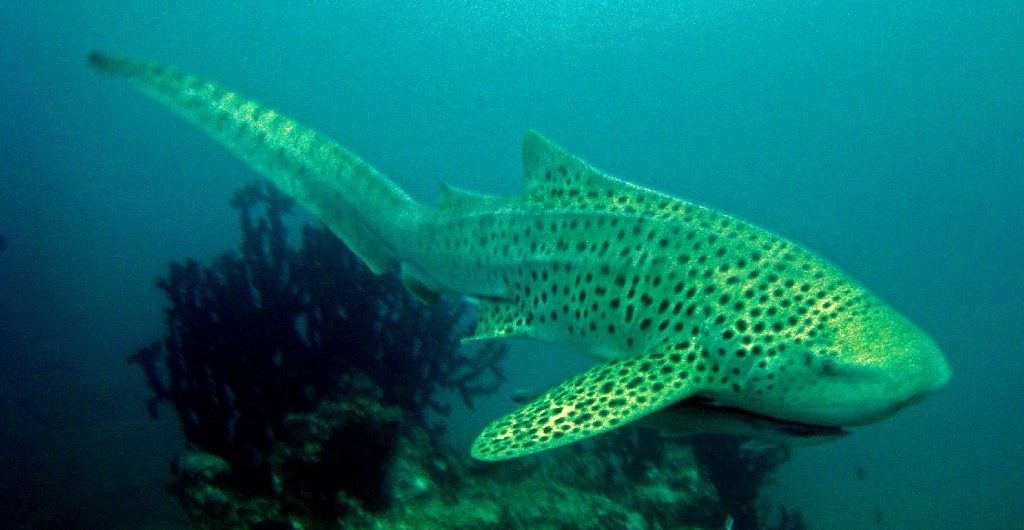 Shark Point is located half way between Phuket and Phi Phi Islands. It’s about 25 km from Chalong pier, Phuket which takes most dive boats take about 90 minutes to get to. It’s usually dived in a 3 dive day trip along with the King Cruiser Wreck and Koh Doc Mai, or as the last dive on a 3 dive Phi Phi day trip.

Called Hin Musang in Thai, Shark Point is named after the Leopard sharks that are commonly seen here. Look for these docile sharks resting on the sandy patches at the edge of the reef.

Shark Point is a series of pinnacles starting with Shark Point One in the north which is the only pinnacle that breaks the surface. The other pinnacles run directly south, getting smaller and deeper so most dives cover just Shark Point One and Two.

Shark Point is rightly regarded as one of Phuket’s best local dive sites. On a good day it’s amazing, on a bad day when the viz is bad or currents strong it’s still above average. You will just see so much. Colourful soft corals and anemones cover just about every inch of rock, plus huge barrel sponges and gorgonian sea fans. Underwater photographers will need several dives here so that they can use a wide angle lens on some dives and a macro lens on others.

Some marine life highlights to look for at Shark Point include:

Because the pinnacles come right up to the surface a safety stop at Shark Point is a joy. In fact the maximum depth is 20-25 metres and you could spend your whole dive very shallow, that’s where the light is best and there are critters everywhere. 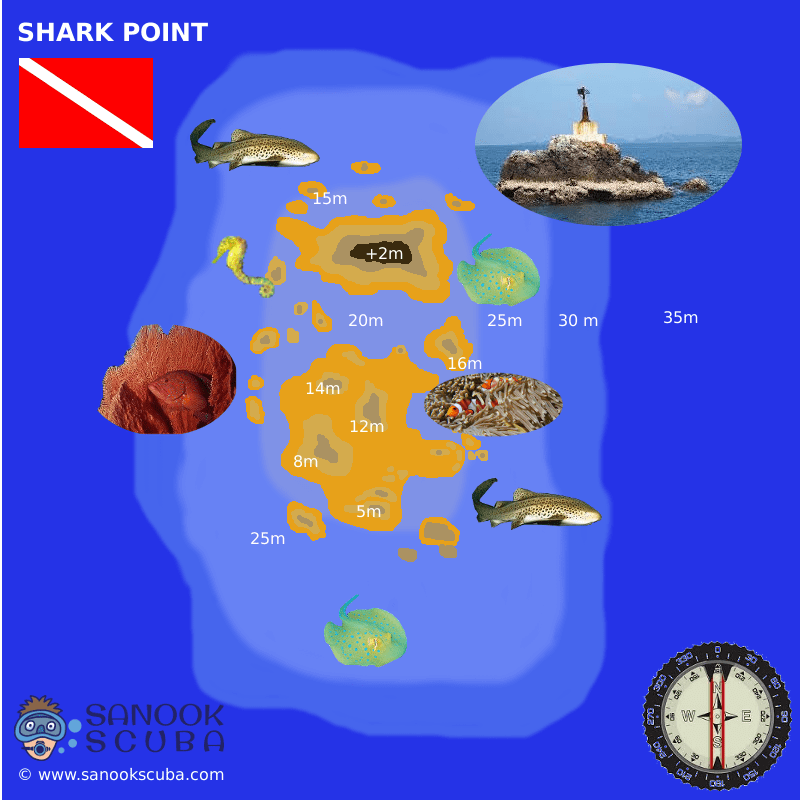